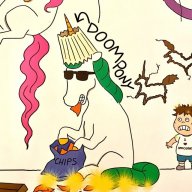 does good at rockets

Offline
The CPD announced this morning that a "virtual" debate would be preferred for the next squaring off between Trump and Biden, driven by Covid concerns. Trump quickly denounced the idea and said he wouldn't participate. There is a history of this kind of debate - Nixon and Kennedy debated from separate locations in 1960, and Reagan and RFK had a remote/virtual debate in 1967.

brandon said:
I know what Biden’s all about...so I’m tuning into the Trump town hall for the lulz.
Click to expand...

I wasn't going to watch the Biden town hall until trump decided to have one, now I'll tune into the Biden one just so I can say I watched his over trump.

Offline
For what it’s worth, this Trump town hall is a good time. Host is absolutely grilling Trump. Not a single question from the audience 20 minutes in. 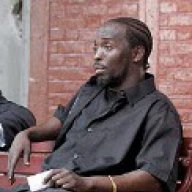 Offline
“I did banks a favor because they wanted to loan me money. I did them a favor.”

Ayo said:
“I did banks a favor because they wanted to loan me money. I did them a favor.”

If he’s worth ten billion, it’s 4.2% of his net worth and really is relatively small.

But if he’s worth 1 billion, it’s 42% of his net worth and is pretty dang significant.

And if he’s not really a billionaire like many of us suspect, then he’s leveraged up to his eyeballs. 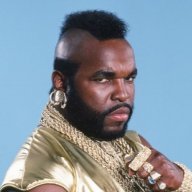 Location
Near a River's Bend

Offline
He's not saying that Obama and Joe Biden killed Seal Team 6. He's just putting it out there for you to decide! Literally lol'ed

Offline
I’m just checking Twitter. is this accurate, for those watching?

Offline
From google she is assistant to the President, part of the communications team. So WH staff, not campaign staff. Don’t they have to keep these campaign events separate? I didn’t think WH staff was supposed to participate in campaign?

followed by a white woman who opened with “you have a great smile... you’re so handsome”

There isn’t a thing about this that isn’t weird

From google she is assistant to the President, part of the communications team. So WH staff, not campaign staff. Don’t they have to keep these campaign events separate? I didn’t think WH staff was supposed to participate in campaign?
Click to expand...

I can’t imagine they are happy with how Guthrie is questioning Trump.

Offline
Doubling down on Mexican as murderers and rapists... the more things change....

Offline
This from the Biden one

Offline
So Trump’s town hall an hour shorter than Biden’s?

MT15 said:
This from the Biden one

This seems accurate. I just swapped from end of Trump over to Biden and he’s deep in the weeds on climate change initiatives.

MT15 said:
I’m just checking Twitter. is this accurate, for those watching?

I refuse to tune in, of course- but i did see a short clip just now on another channel of Guthrie questioning Trump about Qanon.. He literally claimed to know nothing about them, except that “they are against pedophilia”, which he said twice in the short clip.. i was really hoping that Guthrie would respond with a ‘Duh- besides Jeffrey Epstein, who the **** ISNT against pedophilia ??”.. but alas, she did not.

Ayo said:
There’s a woman behind Trump whose head I fear is going to fall off for all of the emphatic nodding
Click to expand...

I noticed that as well, but later in the same clip, i saw her shaking her head vigorously.. so i cant figure out if she approves or not.. but she definitely knows she’s on camera with all the nodding and shaking.

Users Who Are Viewing This Thread (Users: 0, Guests: 2)