Should we see the removal of statues like George Washington and Thomas Jefferson. (1 Viewer) 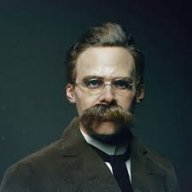 Saintman2884 said:
I haven't heard any notable historians suggest that Columbus came from a secret line of Spanish conversoes (former medieval Spanish Jews forcibly converted to Christianity during the Iberian Reconquista) after Spanish Christian crusaders captured former Muslim Moorish cities, towns and villages and began worshipping their ancestral faith in secret until Vatican inquisitors found out about it and with papal blessing at the Lateran Council, began a near-500 year old intermittent period of religious persecution, painful, creatively excruciating forms of torture, public burnings of Spanish Jews, Moorish Muslims, accused, alleged witches, Spanish or foreign-born Protestants, free-thinkers, Enlightenment philosophes, practioners, and even free masons thats been appropriately labeled the Spanish Inquisition. The Inquisition really didnt end, for the most part, until after Napoleon's invasion and conquest of Spain and even after his eventual 1815 Waterloo defeat, while there were some periodic half-hearted attempts by several Spanish governments to continue the Inquisition, it eventually peetered out by the 1830's.

Christopher Columbus wasnt the first European explorer to discover the New World, my ancestors (Vikings) did in an around 1000 C.E. in a settlement discovered by two Swedish archeologists in early 1960's in Newfoundland (L'anse aux-Meadows).

Supposedly, the ancient Romans had two names for Spain: Hispania and they called the entire peninsula combining Spain and Portugal Iberia. It took the Romans centuries to conquer the western Iberian peninsula settled by Celtic Lusitanians tribe who fought a long, brutal, and protracted guerrila war against Romans and it wasnt until Octavian, Rome's first emperor, that the last Lusitanian resistance was ended and Roman control over Iberian peninsula was secure for the next 5 centuries. Plus, before Roman conquest and annexation, Spain had been a Carthaginian colony for centuries leading up to the ancient Punic Wars. Hannibal Barca's father, actually served as Carthaginian governor in the region. The later Roman general and Trajan (IMHO, one of Rome's best, most successful emperors), was born into a Romanized Spanish equestrian noble family and raised in Spain.
Click to expand...

Thank you for that history.

"Supporters of the idea that Columbus was from Spain after all have also gotten a boost in recent years. In 2009, Georgetown University linguistic professor Estelle Irizarry published her book, "Christopher Columbus: The DNA of His Writings," based on close examination of hundreds of documents written by Columbus. According to her research, he was born in the kingdom of Aragon, in Northern Spain, and his primary language was Castilian (there are no existing documents in which Columbus used Ligurian, the common language of Genoa).

But if he was Spanish all along, why go to great lengths to disguise his identity? Because, Irizarry and a number of other historians argue, Columbus was actually Jewish. Linguistic traits in his writings led them to believe Columbus was raised learning Ladino, a hybrid form of Castilian Spanish, comparable to Yiddish, which was spoken by Spain’s Sephardic Jewish community. They believe there is ample evidence to support their conclusions, including the existence of a Hebrew blessing, “with God’s help,” on all but one of Columbus’ letters to another son, Diego (but which do not appear on letters to anyone outside his family)."

What Was Christopher Columbus' Heritage?

As a child in elementry school we learned everything there is to know about Columbus. The name of the three ships "La Niña, La pinta, y la Santa María". We all knew the name Rodrigo de Triana, the man that saw land on top of the mast .

On the Plaza de la Virgen Milagrosa in the center of Triana, Sevilla's quarter on the isle de la Cartuja, stands this statue of the lookout of the Pinta, Rodrigo de Triana, at the moment he spotted the New World.
Last edited: Jul 21, 2021
Show hidden low quality content