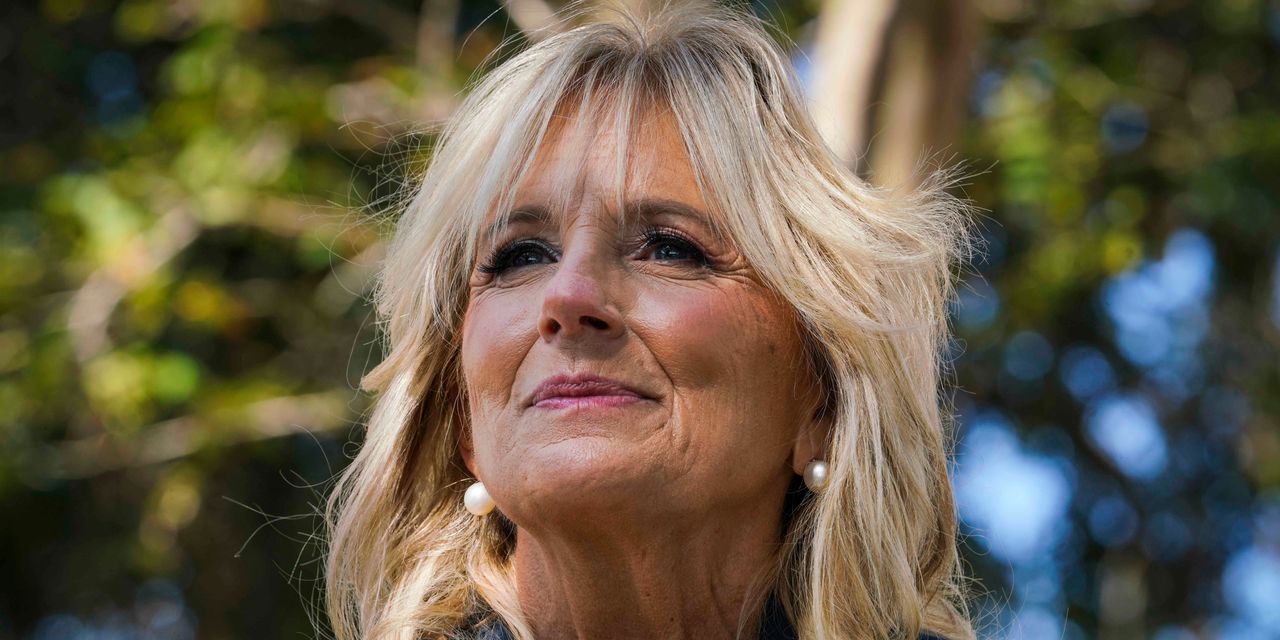 Opinion | Is There a Doctor in the White House? Not if You Need an M.D.

Jill Biden should think about dropping the honorific, which feels fraudulent, even comic.

This is the Op-Ed that started it all from 83 yr old Joseph Epstein.

Madame First Lady—Mrs. Biden—Jill—kiddo: a bit of advice on what may seem like a small but I think is a not unimportant matter. Any chance you might drop the “Dr.” before your name? “Dr. Jill Biden” sounds and feels fraudulent, not to say a touch comic. Your degree is, I believe, an Ed.D., a doctor of education, earned at the University of Delaware through a dissertation with the unpromising title “Student Retention at the Community College Level: Meeting Students’ Needs.” A wise man once said that no one should call himself “Dr.” unless he has delivered a child. Think about it, Dr. Jill, and forthwith drop the doc.

I taught at Northwestern University for 30 years without a doctorate or any advanced degree. I have only a B.A. in absentia from the University of Chicago—in absentia because I took my final examination on a pool table at Headquarters Company, Fort Hood, Texas, while serving in the peacetime Army in the late 1950s. I do have an honorary doctorate, though I have to report that the president of the school that awarded it was fired the year after I received it, not, I hope, for allowing my honorary doctorate. During my years as a university teacher I was sometimes addressed, usually on the phone, as “Dr. Epstein.” On such occasions it was all I could do not to reply, “Read two chapters of Henry James and get into bed. I’ll be right over.”

I was also often addressed as Dr. during the years I was editor of the American Scholar, the quarterly magazine of Phi Beta Kappa. Let me quickly insert that I am also not a member of Phi Beta Kappa, except by marriage. Many of those who so addressed me, I noted, were scientists. I also received a fair amount of correspondence from people who appended the initials Ph.D. to their names atop their letterheads, and have twice seen PHD on vanity license plates, which struck me as pathetic. In contemporary universities, in the social sciences and humanities, calling oneself Dr. is thought bush league.

The Ph.D. may once have held prestige, but that has been diminished by the erosion of seriousness and the relaxation of standards in university education generally, at any rate outside the sciences. Getting a doctorate was then an arduous proceeding: One had to pass examinations in two foreign languages, one of them Greek or Latin, defend one’s thesis, and take an oral examination on general knowledge in one’s field. At Columbia University of an earlier day, a secretary sat outside the room where these examinations were administered, a pitcher of water and a glass on her desk. The water and glass were there for the candidates who fainted. A far cry, this, from the few doctoral examinations I sat in on during my teaching days, where candidates and teachers addressed one another by first names and the general atmosphere more resembled a kaffeeklatsch. Dr. Jill, I note you acquired your Ed.D. as recently as 15 years ago at age 55, or long after the terror had departed.
Click to expand...

A bit after this it's behind the paywall, so I won't include it.

there has been a lot of backlash on him.

Michelle Obama defends Jill Biden after op-ed: 'We could not ask for a better First Lady'

Michelle Obama defended Jill Biden after an opinion piece published in The Wall Street Journal suggested the incoming first lady “drop the ‘Dr.’” before her name, even though she has a doctorate in education, an op-ed tha

This is from the Editorial page editor...

Paul Gigot, editorial page editor for the Journal, defended Epstein’s op-ed in a piece published Monday, arguing that the commentary is “fair.”

“The issue of Jill Biden’s educational honorific isn’t new. As long ago as 2009, the Los Angeles Times devoted a story to the subject. From the piece by Robin Abcarian: 'Joe Biden, on the campaign trail, explained that his wife’s desire for the highest degree was in response to what she perceived as her second-class status on their mail. ‘She said, “I was so sick of the mail coming to Sen. and Mrs. Biden. I wanted to get mail addressed to Dr. and Sen. Biden.” That’s the real reason she got her doctorate,’ he said.’”

Gigot also defended Epstein’s use of the word “kiddo” to refer to Biden, saying that her husband, now-President-elect Joe Biden, also “used it to refer to his wife in the context of his many proposals of marriage” during a speech in 2012.

“Mr. Epstein also infuriated dozens of educators defending their doctorates. But that status isn’t sacrosanct or out-of-bounds for debate. Mr. Epstein’s point applies to men and women and his piece also mocked men for their honorary degrees,” he wrote.

“Mrs. Biden is now America’s most prominent doctorate holder and is taking a leading role in education policy. She can’t be off-limits for commentary,” Gigot added.

“If you disagree with Mr. Epstein, fair enough. Write a letter or shout your objections on Twitter. But these pages aren’t going to stop publishing provocative essays merely because they offend the new administration or the political censors in the media and academe. And since it’s a time to heal, we’ll give the Biden crowd a mulligan for their attacks on us.”
Click to expand...

So, is this a thing? If you have a PhD, or Ed D, or JD, if you want to be called Dr... so what? Are MD's the only ones allowed to be called Dr? What about DO's? Dentists?

They're always going to be a little ribbing in the fields, but her degree isn't an honorary one like the opinion writer's. Where's the beef?
OP

zztop said:
This will come as no surprise 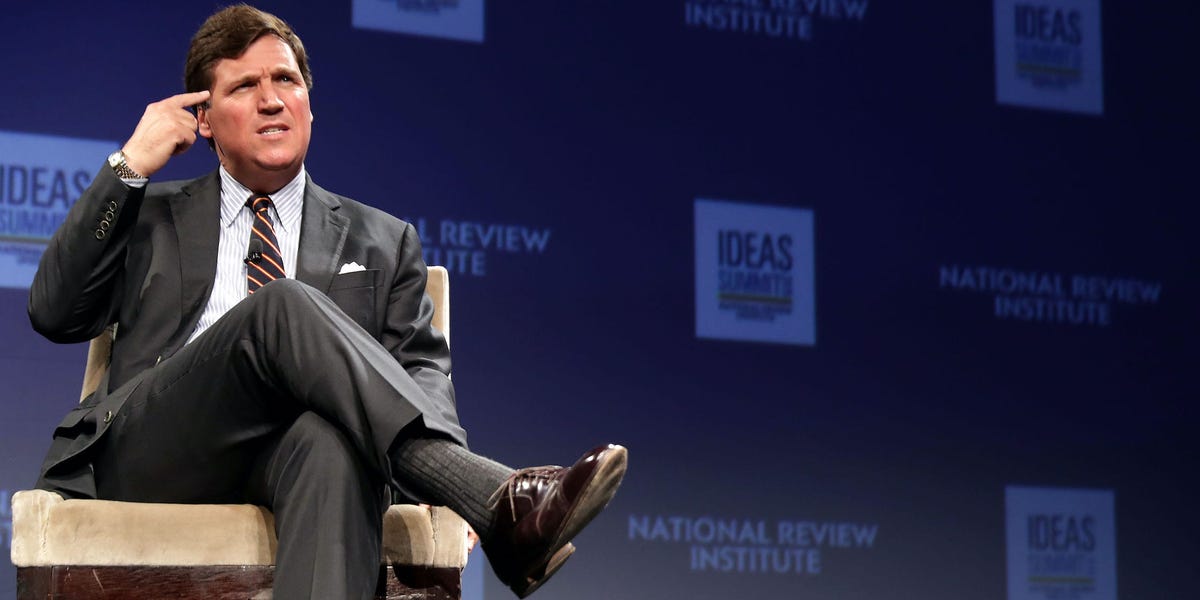 In his latest deployment to the culture wars, Carlson imagined a scenario in which Jill Biden failed to save lives because of her doctorate.

But where was ol' tuck during the past 4 years when trump could hardly read from a teleprompter
Click to expand...

At least the turd admitted he was being 'cruel there'. He's a cruel little smart arse boy.

He's lashing out on the "meritocracy that justifies their power"

Why can't anyone be a lawyer? You're saying I need an advanced degree and pass a test to practice law? Where is that in the constitution? (clearly I'm being facetious here). 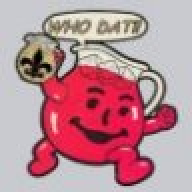 still not a rookie.

Saint by the Bay said:
When you only have 2 policy positions (pro-life and lower taxes) you have to fill the messaging void.
Click to expand...

Saint by the Bay said:
This is their normal tactic. The Republican's communication strategy can be summed up as "I know you are, but what am I?"
I could go on, and on, and on. When you only have 2 policy positions (pro-life and lower taxes) you have to fill the messaging void. They apparently fill it by looking in the mirror then accusing Democrats of being whatever they see.
Click to expand...

Two thoughts (which is funny to me, and maybe you'll understand when I finish).

1. Those two policy positions are how they stay together, since almost all other classical 'conservative' positions have been all over the place lately.

2. Those two policy positions aren't binary. It's isn't a yes or no, despite them making it that way. There is so much compromise in there, that they seemingly aren't interested in or consider. Almost nothing in life is binary.

wardorican said:
Two thoughts (which is funny to me, and maybe you'll understand when I finish).

1. Those two policy positions are how they stay together, since almost all other classical 'conservative' positions have been all over the place lately.

2. Those two policy positions aren't binary. It's isn't a yes or no, despite them making it that way. There is so much compromise in there, that they seemingly aren't interested in or consider. Almost nothing in life is binary.
Click to expand...

Don’t people with an authoritarian bent tend to think of the world in binary terms? Seems like I have seen that being the case.

MT15 said:
Don’t people with an authoritarian bent tend to think of the world in binary terms? Seems like I have seen that being the case.
Click to expand...

You're either with us or against us.