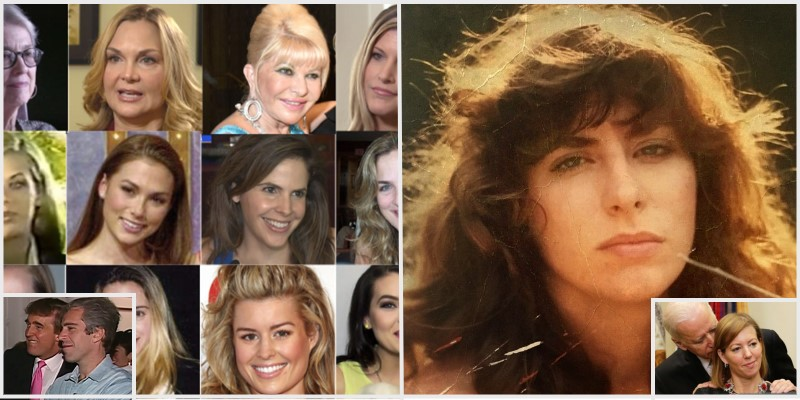 While conservative media continued pushing the Tara Reade sexual impropriety accusation against Joe Biden narrative until liberal media could no longer ignore it, Donald Trump has understandably had very little to say on the topic. After all, why would Trump want to stir a hornets nest that has been dormant for over year, which in Trump era time may as well be a century?

As we all should know by now, Trump has had at least 25 accusations of everything from less egregious sexual misconduct to an allegation made in 2016 of raping a 13-yr old girl at Jeffrey Epstein's Manhattan residence (which was voluntarily dropped by his Jane Doe accuser). Jeffrey Epstein's suspicious suicide while in custody has since been shrouded in conspiracy theories from both sides ranging from it being Soros, to Trump having him offed in order to silence him, to the Clintons being responsible for the same reason. However, if it were actually a suicide, Epstein took a lot of secrets to his grave. That's all for a later discussion, which I am certain will resurface once Trump is out of office and his presidential protections are removed.

So why is it a big deal for conservatives to push this Reade/Biden accusation to the forefront knowing the utter hypocrisy involved? Consider that it has already been established that the right doesn't really care about Trump's long and well documented history of immoral behavior.

Sure! The allegation against Biden should be investigated, and if true, there should be consequences. At the very least, it would certainly have somewhat of negative affect on Biden's presidential run, just as Trump's sexual misconduct should have... but didn't. It would also level the moral playing field between Biden and Trump somewhat, bringing Biden just a bit closer to Trump's level of immorality. No matter what degree of consequence Biden's being found to be culpable should end up being, this would be a win for the right.

The conservative media knows who they are dealing with here. The democratic party is heavily littered with social justice warriors that will NOT let anything relative to sexual misconduct go ignored or unpunished, even if the accusation is against their own last hope to get Trump out of office. So while Trump's base might actually let him get away with shooting someone in the streets, as he once suggested, if Joe Biden were to as much a sneeze in the wrong direction, the social justice warriors would attack him like fire ants on a bare foot having stepping on their mound. I would be remiss if I didn't include some of the Bernie Sanders supporters as being prominent in that contingent, as many of them still believe that Bernie somehow has a chance to win the nomination. They aren't exactly thrilled with the way that Sanders has been treated by the DNC or the moderate left during these last two presidential cycles.

Prior to Tara Reade's allegations, the only discernible ammunition that conservatives had regarding Biden was concerning his age, his fumbling of words and his stuttering habits, basically pushing the senile old man narrative. While substantial concerns in the eyes of any normal person during more normal times, those speaking issues really don't amount to being quite enough to really condemn Biden in this race. When compared to Trump, Biden still gives one the impression of a more honest, intelligent, educated, competent and stable person. So the idea is to push Reade's sexual misconduct allegation out there and then let the left take it from there, with little doubt in their minds that liberals will subsequently devour their own. Only, it took some time and persistence for media on the left to cease ignoring the story.

Extreme right wing propagandists sites, with their viral newsletters and chain email rings, had already been for some time pushing Biden as being a pedophile of sorts, without any substantiation whatsoever. Tara Reade's allegation against Biden was just what they needed to further push their sex predator narrative on Biden. Despite Reade's professed support of Bernie, the timing of the allegation and the suspicious details of the alleged attack, that narrative is gaining traction. The bottom line is that the progressive left cares a lot more about the behavior of their political representatives than does the right.

Which brings me to the hypocrisy found when considering progressives' supposed lofty behavioral standards. The DNC has to be wondering about their obvious "Keep Bernie Sanders from being the nominee at all cost" position about now. In 2016, the DNC sabotaged Bernie Sanders in order to install their far less socially progressive candidate - Hillary Clinton, who was despised by the right, not so popular with moderates, and was simply the lesser of two evils choice for some even on the left. Would Sanders have fared better against Trump? No one knows for certain. The sentiment that Sanders is far too progressive is one shared by many across the political spectrum. However, what you get with Sanders is a consistent message from a man that displays conviction within his beliefs, is very intelligent, politically well-versed and always seems to be on his game. It is hard not to respect those traits during a time when respect for the consistency of message, much less the overall character of politicians as a whole is seemingly at an all-time low.

I can say with some certainty that watching Bernie going against Trump in debates would have been worth the price of admission. Biden vs. Trump? Meh! The skeletons in Bernie's closet are quite mundane. The "he owns three houses" narrative is not worth promoting as political dirt.

Here we are four years later and Bernie was once again sabotaged, this time in favor of Joe Biden. It appeared that as soon as it became apparent that Bernie might go on to win the democratic nomination, less progressive candidates quickly began dropping out of the race and throwing their support behind Biden. Was this coordinated? It certainly seems that way and I would strongly speculate that the DNC was right in the middle of it.

If Tara Reade's accusation proves out to be true, what the democratic party is left with is once again facing a lesser of two evils mess.

The lesson for the DNC should be this: Stop meddling with these elections and let the democratic process play out.
Click to expand... 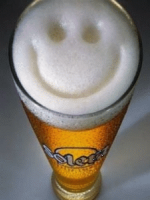