Why do you believe in Jesus but not Muhammed? (1 Viewer) 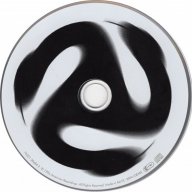 But to your question, why are any more believeable than the other? They're not, but when people are raised in a particular religion it socializes batshit crazy stuff as normal. If you're raised Catholic and go to a Pentacostal service it'll seem insane, and both consider themselves Christian.
OP
OP

That's wonderfully pedantic of you

and very true as well... my angle is asking from the point of view of the believer.

and very true as well... my angle is asking from the point of view of the believer.
Click to expand...

Generally, people do not believe IN more than one religious dogma at the same time. Do I believe Muhammad existed? Yes. Do I believe Yeshua existed? Yes. Do I believe what is written down concerning them or allegedly by them? That is not the same as believing they existed. The dogma that Yeshua somehow “fulfilled” alleged prophesy is not born out. The dogma that Muhammed allegedly was next and also last in line of Abrahamic prophets is unproven. Is there belief by billions? Of course. Such is human nature to seek explanations for that which is unexplained or unexplainable.

and very true as well... my angle is asking from the point of view of the believer.
Click to expand...

I hear you, but you're asking people to critically compare their religion to another they reject, so I was just adding some color to further show in fact how similar they are.

And to get even a little more "pedantic" with my own comments, it was probably actually Cephas (Peter) who first "invented" Christianity, as it is he who Paul credits with first experiencing a revelation from the risen Christ (1 Corinthians 15:5). But we don't have any surviving writings from Cephas talking about that, so Paul gets credit (beyond that, it was Paul's gentile friendly version, where you didn't have to cut off a piece of your penis to join, that eventually took off).
Show hidden low quality content