Unemployment Data - Who dropped out of the Labor Force? (1 Viewer)

Offline
For the last decade or so, there has been a lot of chatter about the labor participation rate, especially when Unemployment was higher than today. It was mostly used as a dig against the Unemployment gains (decreasing % unemployed) from around 2012 to 2016.

I don't have an answer to this question, but I was looking at the FRED Economic Data, and I was curious to see how the data has been changing the last couple of years. And I started wondering, who dropped out of the labor pool?

All data is coming from here https://fred.stlouisfed.org/categories/32443

Men seem to have been steadily dropping.

55 and up. I think this is more of a sign of a generational shift in the working age population.

White men, 20 and up. Another oddity.

So, it would seem like it's Men who are dropping out of the labor force. Women are up or back to even. Is this accurate? Why? Can we say retirements?

Or, is the survey no longer accurate enough?

"
The Labor Force: Are You In or Out?
To measure the unemployment rate, the U.S. Bureau of Labor Statistics (BLS) surveys 60,000 households—about 110,000 individuals—which serve as a representative sample of the U.S. population.
" 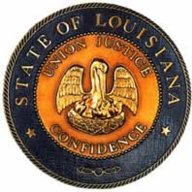 Offline
What are the prison numbers? Those on the school-to-prison pipeline now on work release, etc, are not included in those numbers, I would think. Basically indentured servants.
Show hidden low quality content