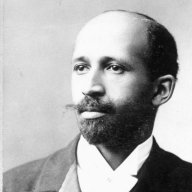 Offline
I was going to write a post about Joe Biden and the centrism because I don't think he's going to do much for liberals or progressives even if Democrats win control of the Senate. Biden is a consensus builder who sill believes in the moderate New Democrat politics of the 1990s. They accommodate and compromise providing Republican lite policy solutions while the conservatives in the GOP rage and obstruct everything Democrats do. Ryan Cooper looks at how Biden is getting off to a bad start even before taking office. His piece in the week shows how Biden is ready to cave on keep Trump supporters in the Federal bureaucracy and keeping Latin American refugees in Mexican detention camps rather than allowing them into the US to plead their case asylum.

Offline
I don’t know anything about this writer, but his first paragraph contains a troubling clue that he isn’t being entirely accurate or possibly even truthful about what he is writing. This raises a big red flag about him, to me, right away.

Biden isn’t “starting to back away from his promises to roll back Trump's refugee concentration camps.” Not if you pay attention to what was actually said. If you read the Washington Post piece linked, there is nothing there that sounds unreasonable at all. What is being suggested is that the bad practices that Trump put in place cannot be reversed until we have the proper amount of asylum judges and other necessities in place to avoid a chaotic situation that would damage the overall effort to get things rolled back correctly, rather than a free-for-all. The following quote is from Susan Rice, I’m including it because I believe it summarizes the game plan for the border.

“We will be able to take some steps to change policies right away,” Rice said. “Others will take time to put in place, and the situation at the border will not transform overnight due in large part to the damage done over the last four years. But we are committed to addressing it in full.”

He doesn’t even really talk about the border policies (merely linking to the WaPo article) or the worries about firing Trump loyalists (merely linking to a Business Insider piece) and then never mentions either issue again. The Business Insider piece is behind a paywall, so I can’t read it. But the visible part doesn’t indicate that the Biden team won’t fire Trump loyalists, it just references the worry that they may have to fire lots of them. So, not seeing anything that really indicates reluctance to get rid of them there, which is what he seems to infer, but like I said, unable to read the linked article.

To me, if you want to bring up the above two issues as evidence to back up your POV, then you need to do the work needed to actually prove that they indicate what you say they indicate. The author doesn’t do that. It’s an opinion piece, at best, rather than an article.

Mostly, it’s just a chance to rag on Biden by saying what the author thinks he will do. I didn’t find it compelling at all. Honestly IMO it just reads like sour grapes from someone who wanted a different candidate. 🤷‍♀️

This has been a stressful election season. This sort of article is just not helpful, mostly due to the tone and the inflammatory language. I can agree that we need to be vigilant and keep up with what the Biden Administration is doing or not doing, but we also need to recognize that he is taking over a country that’s in a very bad place. It’s going to be extremely difficult to get us back to normal due to the pandemic that was allowed free reign by Trump. It’d be nice to not have someone already proclaiming failure before they even take office.
Show hidden low quality content