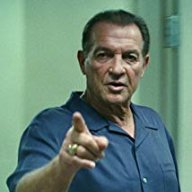 Offline
Certainly the coronavirus pandemic has dominated the news cycle for 2020, hopefully there will come a time when it is relegated to a second tier news story. In keeping with the site's desire to have more conversation based on concepts, ideas and principles, I will be posting a couple of threads in hopes of generating discussion on topics that are relevant no matter who is in office or the news cycle at any point in time.

What are your guiding principles related to foreign policy? What do you feel is the role the United States should play in world affairs? Should America lead on topics like health, education, nuclear proliferation, terrorism, climate impact, food availability and other matters or should the US be more isolationist and reactive. Are multinational trade or security alliances a good idea? Should the United States seek to influence the internal actions of other nations? How are any of those views consistent with your overall view and principles related to foreign policy?

Offline
Ideally America would be party to a robust and balanced system of western and eastern democratically valued and largely uncorrupted countries that seek to enforce a humane and rules based international order where all are held to account. Involving a stronger UN with better member states. Where the world is not beholden to an unstable unilateral hegemony without accountability and the two or so countries vying to unseat them.

In practice I think America is best suited as a reluctant hegemony given that is not the reality.

Ideally, I would prefer America to be more hands off than not, but in reality where any hand you take away is replaced by far worse actors, our hegemonic leadership is the best of bad options. So in the interim America needs to be a better policeman.

In practice diplomacy should be the first, second, and third tool, but direct engagement can and is at times necessary, but often far less than it is in practice. Our posture should be toward seeking an international rule based system, not one that haphazardly cozies up to dictators when convenient and sets aside principles when it’s the most expedient path. Turns a blind eye to suffering because it reduces the supply chain cost of some systemically risky business America has propped up. Or worse, our moral and guiding principles are bent in order to pad the pockets of our corrupt leader or actively sought to help weaponize others corruption in order to help their re-election campaign.

No longer refusing to condemn strategic allies like Saudi Arabia and Israel for the violations and atrocities we level sanctions and tools of war at perceived opponents for. A policy that recognizes our safety and welfare is tied to one another and uses its power to pressure a better world order through only the most reluctant use of might, but by continually demonstrating what is right.

And perhaps equally critical, if we are going to expound such virtues abroad we must also set the example at home. As a lot of places we quickly label as illiberal democracies simply borrow the textbooks we wrote and amplify them and push them to their natural conclusions. And being unable to point to yourself as an example of how others should behave undermines your own necessary credibility in leading as the world’s hegemony.
Last edited: May 23, 2020

Offline
I would much rather be proactive in world problems.

Like for instance before the drought killed the poor peoples crops in central America we should have showed up with aid.

After the economy crumbles and thuggish behavior takes over is not the time.

In a land where the hourly rate is almost nothing your aid goes a long way.

Dealing with the influx of immigrants was a direct result of not being proactive and costs Americans a fortune no matter what side of the wall debate you are on.

Yes I also get private industry made a ton dealing with them and I get that is a republican win just like the private prisons. The problem is minimal investment could fix problems proactively.

You could have honesty fed whole villages and small towns in what the government spent in transportation costs alone for a handful of immigrants.

I just don't understand why we continue to do things this way unless it is solely to put government cash into private companies accounts?

Offline
I feel that isolationism is a bad policy. We need to be proactive in helping other nations deal with issues like famine, etc.

Even if you only look at it from a selfish perspective, doing good in the world will help the US just as much as the countries being helped.

Isolationism reminds me of a billionaire ignoring famine and chaos all around him until he becomes a prisoner behind the walls and fences he built to protect himself.
Show hidden low quality content