Bill Barr and the DOJ's "pardoning" of Michael Flynn (1 Viewer)

Yesterday, US Attorney General Bill Barr directed the DOJ to dismiss charges against Trump advisor Michael Flynn that he's already pled guilty to. Barr's history of using the DOJ to undermine prosecutions of Trump associates is as long as his tenure as AG. Barr's devotion to protecting Trump came under added scrutiny in February 2020, when career DOJ prosecutors began quitting over apparent disagreements with Bill Barr about the sentencing recommendations for longtime Trump ally Roger Stone, who was convicted on multiple counts of lying about his contacts with Russian cutout Julian Assange and Wikileaks. I wrote this post explaining that Bill Barr was setting Stone up for a pardon, and why it was important to Trump.

The gist of my Stone post was that Stone poses a danger to Trump as long as he faces the threat of prison time for his conviction because of information he likely possesses about Trump that exposes him politically and legally. It is in Trump's interest, therefore, to make sure Stone expects to be pardoned, and to avoid spending a significant amount of time in prison. The campaign to "exonerate" Michael Flynn almost certainly stems from Trump's anxiety of how Flynn can expose him, both politically and legally. An examination of Flynn's background provides ample reason for Trump to want to keep Flynn happy, and therefore quiet.

Michael Flynn became a secret advisor to the Trump campaign in approximately fall 2015, and was a national security advisor to Trump thereafter until being fired in 2017 shortly after the transition. Flynn was a lieutenant general ("3-star" general) with the Defense Intelligence Agency until he was ousted in 2014 over concerns about his Russian contacts. In the year before he left the DIA, Flynn asked permission to travel to Russia to visit the GRU, Russia's military unit which was later determined by US Intelligence to be responsible for hacking the DNC and DCCC in 2016. Not long after Flynn's departure from the DIA, Flynn began using his foreign contacts for personal profit. He was paid tens of thousands of dollars by Russian connected companies in 2015, including a $45,000 fee for speaking at a gala dinner in honor of RT, Russia's state-owned media company, a dinner at which Flynn was seated next to Putin while working as an advisor to both Carson and Trump. He was hired as an advisor to a private equity group that controlled NSO Group, a cyber-hacking firm run by Israeli intelligence. He was also recruited by Psy Group, an Israeli-run business intelligence company that offered pre-election assistance to Trump on behalf of the UAE and Saudi Arabia in a meeting in Trump Tower. During the 2016 election, Flynn retweeted posts on Twitter authored and promoted by the Internet Research Agency (IRA), the other Russian operation known to have interfered in the 2016 election on Trump's behalf. And he was paid over half a million dollars to secretly lobby for the Turkish government during the 2016 election season, which he failed to disclose (and lied in his disclosures about) until 2017. Thus, Flynn was literally a secret foreign agent to Turkey at the time he was also advising Trump's campaign.

One of Flynn's most ambitious projects -- which happened to overlap with his advisory role to the Trump campaign -- was his secret work with ACU Strategic Partners, and subsequently Iron Bridge, to partner with Russia to build over a dozen nuclear reactors in the Middle East. In 2015, Flynn took multiple trips to Saudi Arabia, Egypt and Israel in connection with these deals, all of which he failed to disclose on his security clearance forms during the transition. Flynn's work in furtherance of this project, like many of his foreign work, was largely kept secret during the campaign and thereafter.

Russia's support for Trump in 2016 was almost certainly based in large part upon its expectation that a Trump administration would lift sanctions imposed by Obama's administration in connection with Putin's illegal annexation of Crimea in 2014. Those sanctions, in combination with other international sanctions over Crimea, crippled Russia's economy to the tune of hundreds of billions of dollars. In December 2016, Obama's administration imposed additional sanctions on Russia, this time in connection with its interference in the 2016 election a month prior. Both of these sanctions regimes precluded Russia's participation in Flynn's nuclear deal involving the Saudis and other nations in the Middle East.

Flynn was well aware that the eventual lifting of US sanctions against Russia were critical to the Middle East nuclear deal he was promoting. Within hours after Obama imposed the election-interference sanctions against Russia in December 2016, Flynn -- who was on vacation in the Dominican Republic at the time -- engaged in several back-and-forth phone calls between the presidential transition team in Mar-a-Lago and Sergei Kislyak. Kislyak was the Russian ambassador Jeff Sessions lied about communicating with, and had met in secret with Flynn with discussions dating back to December 2015. Through Kislyak, Flynn essentially convinced Russia not to engage in a "tit-for-tat" with retaliatory sanctions in response to the new Obama sanctions. Kislyak certainly would have understood Flynn's request to mean that the Trump administration would remove the sanctions upon Trump taking office. The day after the Flynn-Kislyak calls, on December 30, 2016, Trump tweeted "Great move on delay (by V. Putin) - I always knew he was very smart!" Eleven minutes after Trump's inauguration on January 20, 2017, Flynn texted Alex Copson, the head of the ACU nuclear project, that the deal was "good to go." That night, Copson told a future whistleblower that he expects Trump to "rip up" the sanctions against Russia, allowing the project to go forward.

The FBI apparently knew the contents of Flynn's call with Kislyak about the sanctions, and (correctly) expected him to lie about the call. Flynn certainly knew it was wrong to undercut foreign policy of the sitting Obama administration, and likely knew it was a violation of the Logan Act. Moreover, Flynn may have been aware that such behavior could be construed as aiding and abetting Russia's election crimes, which by the time of the Kislyak call would have been well-known to Flynn. So predictably, Flynn lied to the FBI when questioned about what he discussed with Kislyak. Flynn's deputy, KT McFarland, who was at Mar-a-Lago with the transition team and communicating directly with Flynn during the Kislyak exchange, appears to have lied to the FBI about the topic as well.

Flynn ended up pleading guilty to lying to the FBI and/or DOJ about three things pertaining to foreign contacts: (1) whether he discussed sanctions against Russia with Sergei Kislyak; (2) the extent of his discussions with Russia and other countries about a US resolution pertaining to Israeli settlements; and (3) his secret lobbying on behalf of Turkey during the campaign.

Flynn admitted to these lies under the penalty of perjury, not because he was "set up" by the DOJ, but because he was caught lying. At his first sentencing hearing, Judge Sullivan wondered aloud whether Flynn should have been charged with treason (as it turns out, "treason" may have been an appropriate charge for Flynn had cyber-crimes been included in the federal treason statute during the presidential transition). It is inconceivable to think Flynn was negotiating the Trump administration's sanctions policy with Russia while communicating with transition officials who were with Trump at Mar-a-Lago without Trump knowing anything about it. Whether or not Trump's knowledge of this would result in any sort of criminally chargeable conspiracy, it would be politically damaging for the public to know that Trump truly was promising to "rip up" sanctions against Russia at a time when they were actively attacking our elections to ensure he became president.

Trump's behavior toward Flynn since his arrest has been predictable in light of the above. He has publicly floated pardons, as he did with Manafort, and had his counsel, John Dowd, call Flynn's attorney to remind him of the president's "feelings toward Flynn," while expressing concern that Flynn might have information that could implicate the president. Trump makes no secret of his feelings toward his associates who do not "rat him out," and offers public overtures designed to assure them that they will be rewarded for their loyalty.

Despite the Twitter troll accounts using three stars in their profiles to demonstrate their support for 3-star General Flynn, whom they describe as a "patriot," and Trump defenders' efforts to make him into a martyr, Flynn is far from being a patriot or a martyr. He's been selling American foreign policy for personal gain since his disgraceful exit from US military: he was part of a secret plot to extradite a US resident to Turkey; he wrote an op-ed praising Erdogan during the 2016 campaign without disclosing himself as a foreign agent for Turkey; he promised to rip up sanctions against Russia, an enemy engaging in cyber-war against the US; and he was eager and willing to provide nuclear technology to countries like Saudi Arabia with whom the US does not have counterproliferation agreements. All of these ventures were for Flynn's personal profit at the expense of US foreign policy, at the same time he was chanting "lock her up" at Trump rallies and promoting Russian troll bot accounts on twitter.

Like Flynn's career as an international grifter, the DOJ dropping Flynn's prosecution has no basis in furthering the interests of the United States. Shortly after the DOJ's filing seeking a dismissal of Flynn's prosecution, the New York Times reported that Trump was preparing to pardon Flynn as recently as last week, but was told to wait to see what the DOJ did. In other words, the fix was already in. Barr's goal in dismissing the case is crystal clear: to protect Trump from legal exposure. The cost of this is the continued erosion of the rule of law and the integrity of the DOJ. As long as Trump is President and Barr is AG, we can expect this behavior to continue. 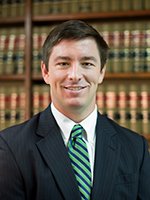 Nice Taylor! This was the most informative piece I've read on the subject, you clearly did your homework
Show hidden low quality content