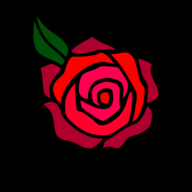 Offline
I just want to preface what I'm about to say with the fact that I don't desire to stir up tension or bad feelings between anyone. Please understand what it is.

Simply put, I want to dig a little deeper past what is the current flag and statue discussion and try to find what is closest to the right way to deal with these symbols. There are many that I believe should most certainly be removed (Confederate flag, statues celebrating slave owners) but some that I just don't know about and err on the side of absolutism if that is the way the argument is going (i'll explain)...

So the other night a friend and I were having a discussion on the removals of statues and flags and I mentioned that if we were going by the volume of known atrocities alone, the American flag likely outweighs the Confederate battle flag in that category. There was a 'really, you're serious' response and then the more we talked -- kind of an uncomfortable agreement, even a desire to change the subject.

I'm not advocating the removal of the American flag, but whenever I am presented with evidence that could potentially make me noticeably hypocritical, I have to address it. So it's been something i've wrestled with for a while. If we are taking down flags based on the terrible things that happened under them -- why isn't the American flag included in that discussion?

Is there a 'good' to 'bad' ratio that once a certain number or pct is hit, we keep a flag for the betterment of the country? Are we being hypocritical ourselves, wanting to keep it around for the purpose of uniting people under a symbol, yet there is a great reason to remove it? What if the Nazi flag were still flying today in Germany, but they'd made huge strides against the atrocities of the holocaust such that the number of lives it had positively effected outweighed those brutally taken? I don't know for sure, that's why I ask for discussion.

This is where I'm split...Yes, I think it is good to relegate symbols that largely represent terrible human before to museums and not public spaces.

However, the crux of the argument remains that these symbols don't represent simply colonialism/oppression AND opportunity/all that we hold dear like they do to some white folks. They simply represent the former. What does it represent to Native Americans? To those citizens in countries where we've obliterated families and towns and overthrown governments? Freedom, flags and Apple Pie? Likely not.

As I said in the onset...I don't think this is a necessarily 'fruitful' discussion because I don't know if there is a way out of it -- removing all symbols, removing only some, removing none, etc. that satisfies all sides or that we'll have an answer for.

Again, I just want to understand more and think past the pleasantries and cultural landscape relative to the time to see if there is any answer that is ultimately right, or if we're just satisfying one bad aspect of our society and being hypocritical in another.

I'll hang up and listen.

ETA -- Mods if this is an unnecessarily repetitive thread, i'll remove and make it a post.

Offline
Symbols are terrible. All of them.

Groups of people can all unite behind a symbol that doesn't even mean the same thing to all of them, yet they think they are fighting for a common cause.

We should get rid of them all. I am not proud of or ashamed of anything my ancestors did, i didn't have anything to do with it. Many of my ancestors were terrible people, many of them were good people. I didn't earn any of it. I shouldn't be proud of it.

Offline
So, I think the removal of the Confederate battle flag actually has to do with the fact that it was a failed “coup”, so to speak, against the United States. Yes, slavery is awful and made the Confederate cause a bad one, but as national symbols go, it should be banished from state and federal display because it was in opposition to the United States. Not because of atrocities, per se, but because it is a flag of a different country, even if it only existed for five years or so.

If we get to the point where the case can be made that the bad done under the Stars and Stripes outweighs the good, then perhaps a replacement flag could be fashioned and agreed upon. Similarly to the way Nazi Germany got rid of everything that invoked the Third Reich.

Personally, I think we are a far cry from that point right now. There isn’t a nation on earth who doesn’t have some sordid deeds in their past. So, everyone makes a new flag, and then start the countdown until the next atrocity when you can rinse and repeat. 🤷‍♀️ I’d rather work on making things better than getting concerned about symbols. The flag isn’t tainted by the bad things people do who live in the country of that flag.

Sorry for the lack of good cohesion, sorta thinking about it while I typed it out.
Show hidden low quality content